Why Would You Go Back

I met Aunty Bev on a cold August day in 2012 at Maple Park Grove, just on the edge of The Gully in Katoomba. It was the day after SBS had aired Insight’s program ‘Aboriginal or not’. We were both highly aware of the political situation many Aboriginal people find themselves in when we identify as Aboriginal in Australia today.

Aunty Bev moved to the Mountains from Penrith 34 years ago after experiencing the mountains as a backpacker when she was a teenager: ‘I knew I always wanted to live up here,’ she said. Growing up in Wollongong, Aunty Bev eventually discovered ‘my mob come from Coonabarabran, north-west of Newcastle, in New South Wales.’

Maple Grove is an important place to her, because it represents community and her work with the Blue Mountains Aboriginal Culture and Resource Centre. She explains: ‘It’s always good to be here with everyone, and that’s why it feels right to be here.’

‘We always have our Christmas party here …. One of our community members dressed up as Black Santa and last year, he came on a motorbike so the kids thought that was great, and that’s always good. Yeah and then we have Family Fun Days sometimes through the year …. We have a sausage sizzle and always have lots of food.’

Being part of the community is important for Aunty Bev, because for a long time, her family has been either consciously or unconsciously disconnected from the Aboriginal heritage of their family. She has only recently identified as an Aboriginal person and become actively involved with the Aboriginal community of the Blue Mountains.

Aunty Bev recalled that her Mum always said she didn’t know herself, that she was Aboriginal, until she was married and in her twenties. Her mother’s sister however, remembers the taunts they received walking down the street of Coonabarabran, ‘Dirty Abo!’ Her sister doesn’t understand how she didn’t know. Aunty Bev said to her mum ‘obviously pushed that to the back of her mind’.

After repeatedly asking her mum about their Aboriginal heritage, and getting a negative answer, Aunty Bev said to her uncle, ‘mum won’t admit we’re Aboriginal.’ He replied: ‘hasn’t she looked at me for a while?’

Aunty Bev wondered why she kept asking her mum about their family heritage. Upon reflection she laughed. ‘It must have been something inside but also now when I think back to family gatherings we had, half of them [the family] were black, so maybe that had something to do with it! But when you’re kids, that doesn’t register, you know. They’re just your relatives, you don’t think about that.’

Aunty Bev eventually traced her Aboriginal family heritage through the library at Springwood in the Blue Mountains, and was excited to find the name of one of her Aboriginal ancestors in a christening entry of an Aboriginal girl called ‘Yebomel’. Excitedly racing home she rang her mother and said, ‘I’ve found our Aboriginal!’ to which her mother replied in a stern voice, ‘Oh’.

‘I was pleased that I’d done it whilst [my mother] was still alive so that she knew who we are …. At that time she was living in a retirement village and she made me promise not to tell any of the people there.’

Aunty Bev explained upon confirming her Aboriginal heritage ‘it was almost like the last piece of the jigsaw puzzle … that I knew who I was and that made sense of how I always felt … there was obviously something in there that was telling me that I was [Aboriginal], all my life.’

Reflecting on her journey, and connection to the Blue Mountains and Maple Grove, Aunty Bev explained: ‘I’ve always been glad I explored my Aboriginality here in the Mountains because I was so accepted and I think in other areas, from going to other areas and talking to people there, it doesn’t happen like that in many other places, so I was very fortunate to be able to do it here, because I was just accepted all down the line …. It’s a very accepting community, of everyone. 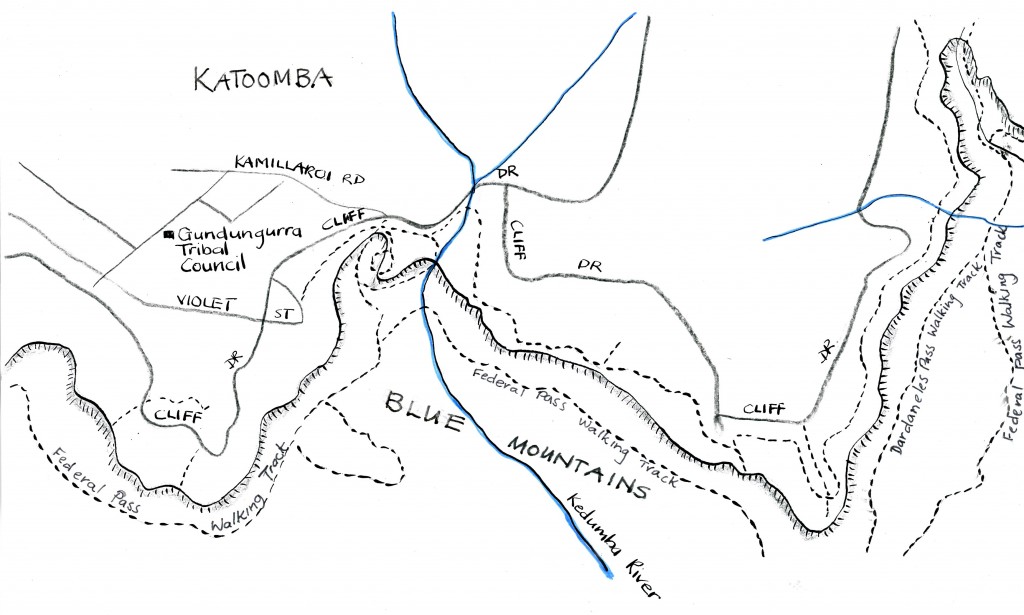