‘It’s definitely [the] landscape … something that draws you, it’s just the air and the feel up here … just the weather patterns as well can be really powerful and draw you in, and community you know!’

Janelle’s foster mother’s sister lived in Springwood in the mountains. When Janelle was a little girl, she would spend public, school holidays and weekends coming up to Springwood and Blackheath to visit her.

‘I remember swimming at the old Blackheath pool when I was little and being terrified of the black water …. When I was pregnant with my daughter I decided I needed to leave Sydney, because I just thought it was a nicer place to come back [to] raise her …. We’ve since been in Queensland for a little bit and Tassie for a little bit as well, but we’re here at the moment. Yeah it keeps bringing me back, it’s pretty special.’ 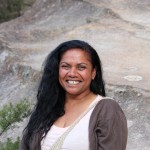 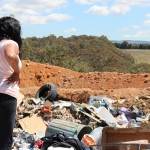 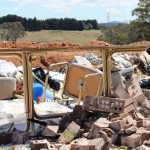 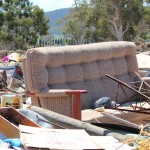 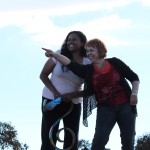 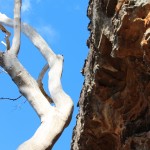 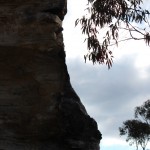 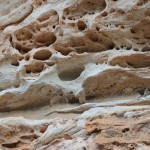 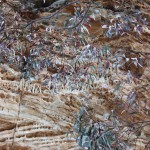 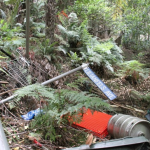 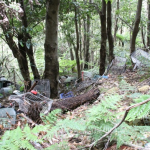 Janelle moved away from her family when she was about four years old.

‘I had what you call a welfare officer, and so they were in contact with my parents, more my mother, because she never wanted to lose contact with the children …. And they encourage you to talk about family, talk about your natural family and stuff like that, and your Aboriginality …. Back in those days I think I had it pretty good in terms of being an Aboriginal child growing up with non-Aboriginal people …. They did their best … whereas it could have been so much more, um, white-washed. I was pretty lucky in that way.’

Janelle’s foster father loved nothing more than driving around the streets of Beverly Hills in Western Sydney when it was time for council throw-out day. He would get Janelle to run beside the slow-moving car and pick up all the good stuff [unwanted items by the road] and load up the car.

‘I would get a buzz out of it, it was fun, because dad would be driving really slowly, and he’d say, stop! Get that, get this! … What’s that saying? One man’s rubbish is another man’s treasure? … I see that!’ She laughed.

Janelle’s natural father was also interested in recycling and finding a bargain. He managed and worked in the tip site at Tweed Heads. When she reunited with him: ‘he would pull out amazing treasures, beautiful crystal vases and things that were worth quite a lot of money ….’ He would tell Janelle he got them from the tip.

Janelle explained, ‘there’s a relationship there with my own blood line, like my own natural family, working and scavenging.’

Janelle commented: ‘When you come out to a place like this, you often meet, what we call, my uncle called us ‘tip-crows’ … we were the crows because even though they’re technically Australian Ravens, but most people see a big black bird and they call it a crow! So you know, we became Tip Crows.’

Janelle has introduced her own family to this site. She has been bringing her daughter with her to tip sites since she was about five or six years old and bringing her sister and uncle, her bother and friends.

As Janelle described: ‘You still have families, you still have generations of you know, your grandfather and you know the little grandkids, and every one of the family members come here and they’re looking for their own thing: Pop’s looking for an old lawnmower, mum’s looking sometimes for clothes and bedding or whatever, and the kids are looking for toys …. And I guess people sort of get really freaked out about that, about that type of lifestyle.’

For Janelle, it is important to raise awareness of reuse and recycling opportunities, and the impact poor waste management practice has on the land. For Janelle, the importance of an object is reflected in where it was found. 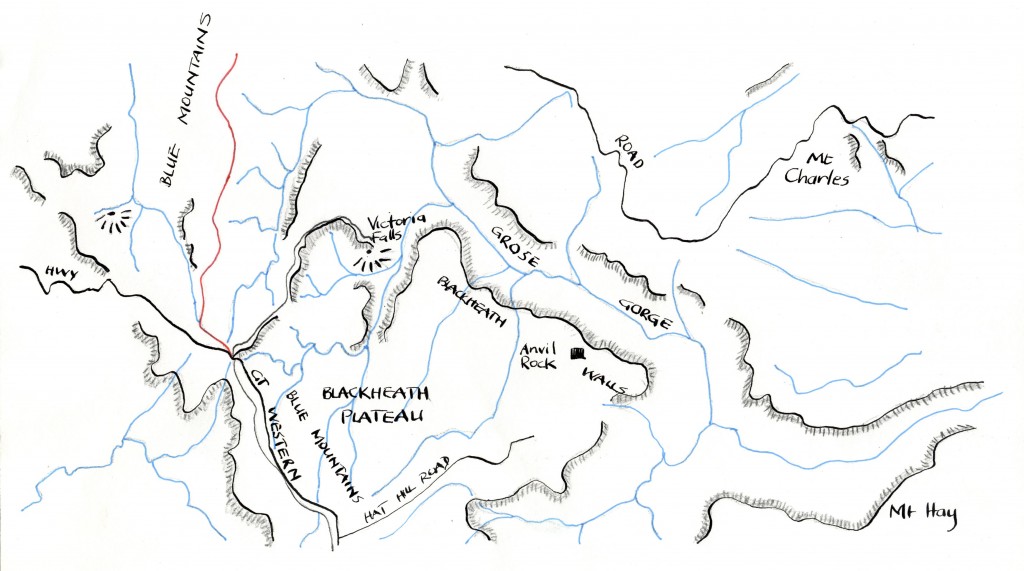