Watching Over the Land

Jason Brown is a Gundungurra descendent, as well as Yuin, Kamilaroi, Dunghutti, Biripai and Gumbaynggirr. Jason explained, he would rather not talk about his family history, because he laughed, we would ‘BE HERE ALL NIGHT!’

We visited a place in Wentworth Falls, a place Jason calls Turtleback, because the landscape looks like the back of a turtle shell. ‘It’s pretty distinct, you can’t miss it … it’s a very special place.’ This place has also been heavily researched. Jason explained however, ‘there isn’t just one story’.

Turtleback, Jason explains is one of the most significant places for Gundungurra people because ‘it was the first place we’d seen the ships roll in, on Shell Cove in Botany Bay. Back in the day when there was no pollution or anything that was destroying …. Back in the day you could turn around and see the ocean. You could see the whales when they used to blow the water out of their blowhole. That’s why I figured this would be the best spot to take us.’

While we visited, Jason clearly stated what we could or could not film, what he was willing to talk about, and what conversations he wasn’t willing to participate in. He explained he would prefer to talk about his connection to his country, not only on his own Country, but the protocol he follows when he visits someone else’s country also.

Jason explained he is connected to salt and freshwater Country, and so he has the opportunity to travel widely, always with respect. If there is someone with higher knowledge of culture and land, he must respect that person and their knowledge, and he must respect the environment:

‘As long as I can see and relate to something that is on someone else’s country, to my own, I’m happy, I feel like I’m at home. So if I go somewhere where there is sandstone, and knowing … I come from sandstone land, I can turn around and connect with that land. If there’s a certain tree that’s there, a certain waterway, a certain system that is similar to mine, I can turn around and connect to that land. In Australia there’s hundreds of thousands of different cultures, different heritage, people don’t understand that. There’s not only New South Wales, and Sydney and Perth and all those places, there’s language groups that divide those states up into little townships so to speak.’

Jason explains he prefers to stick to a ‘safe zone’. Growing up and knowing culture, and being so close to home, he knows how significant this place is, to his community and to his ancestors.

Jason said: ‘To preserve this place as best as [I] can means that [I] stay away from this place, and only visit when necessary.’ 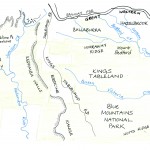 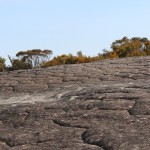 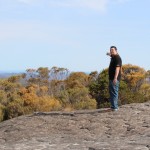 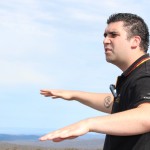 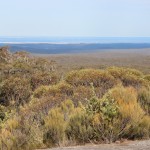 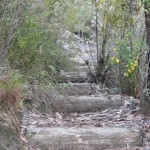 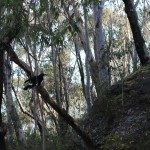 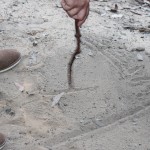