Karen Maber is a Darug and Dharrawal woman. She has always acknowledged and celebrated her Aboriginal heritage.

Apart from Karen’s treasured childhood memories, she didn’t know how she fitted in and where she belonged. With children of her own, she wanted to be able to tell them more than what her mother could of the family’s Aboriginal ancestry and heritage.

Karen explains: ‘Well for me it starts with Mum, because she was born in Yarra Bay in La Perouse, in 1938 and it’s a place we frequently went. Mum was born there, grew up in Botany, lived here [in Sans Souci] for the last fifty-two, fifty-three years …. It was always mum’s starting point. So mum would always take me back, and I used to say as a little kid, what tribe? Who are we? You know, where is everybody else? And she’d say I don’t know!’

Karen began researching her family history in 2004 by looking over the Marriage Certificate of her great grandparents, Eliza and Albert Butler, who were married in 1893. On the certificate, she noticed a name she had never heard of, ‘Agnes Malone’. Agnes was Karen’s great, great grandmother. Unable to sign her name, she made her mark on the wedding certificate because Eliza, her daughter and bride, was under 21 years of age, and needed permission to Marry.

Karen then discovered Agnes was buried in the old Little Bay Hospital Cemetery near La Perouse where Karen’s mother had grown up with her family.

From this new piece of information, Karen was able to trace her family back to the Georges River, Liverpool in New South Wales, and back to George Charles Gilbert, known as ‘Granboroo’ or ‘King George’ to the early Colonialists. Karen explained Granboroo was the son of ‘Namut Gilbert’, an initiated Darug man known as ‘Chief of the Cabrogal Clan’. Namut was also the first Black Tracker to be employed by Police in New South Wales. Subsequent enquiries revealed to her that Agnes was married to a man called Harry Malone. Harry was the son of Johnny Malone, ‘a noted Kogarah Bay identity and Dharawal language informant’. In the 1880s Agnes and Harry were living at Ellesmere Black’s Camp in Sans Souci, [then Sandringham] along the shores of Kogarah Bay.

Karen also discovered in her search for identity and family history, that her great great grandmother Agnes, had petitioned for the first school to be established in Sans Souci, where she intended her children should be educated.

This was the same school Karen, and her siblings attended from the 1950s until the 1970s, not far from where her mum and dad have lived for over fifty years. It was also the location Karen decided to share with us to talk about her history and connection to the landscape, a place where the family had always been. 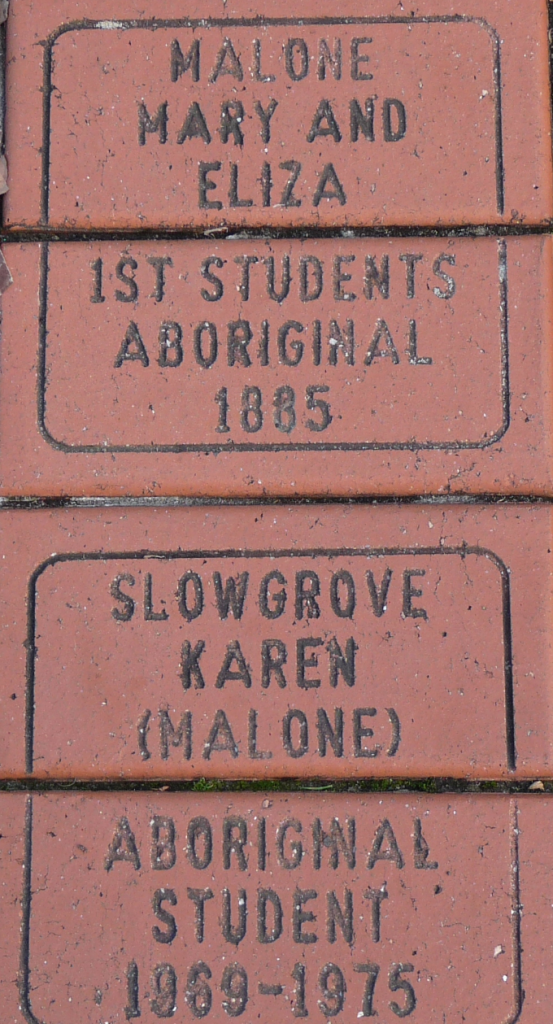 Karen commented: ‘It’s been an amazing journey to share these discoveries with my Mum and to be able to go beyond her living memories and fill in some of the holes, [and to be able to] provide answers to some of my long held questions. I’m proud of my Darug and Dharawal Ancestors, being able to find them both by name and by place empowers me and sharing this with my two teenage sons strengthens our identity and their future.’ 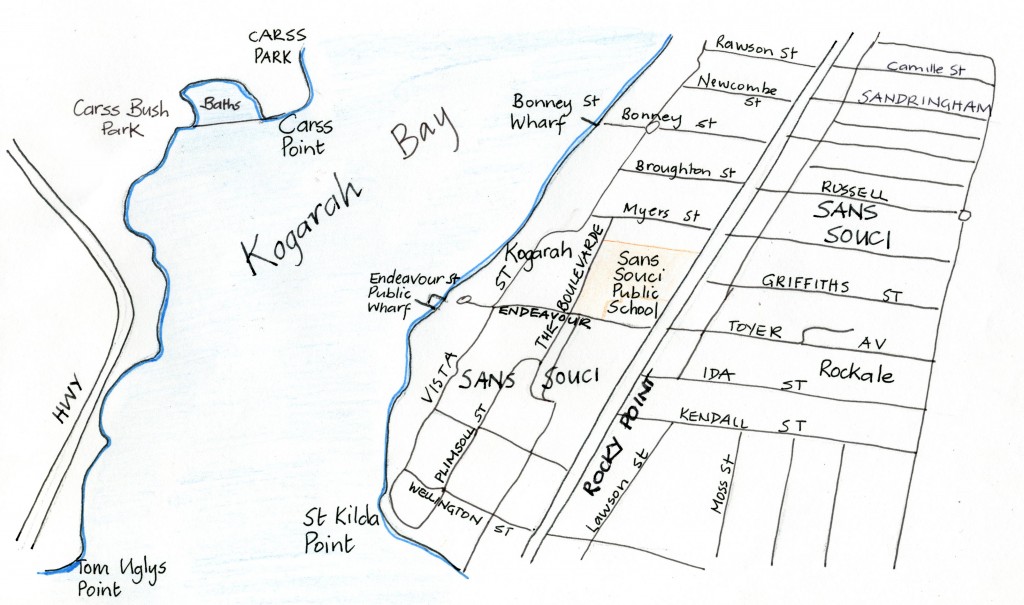