We previously showed that radicalized robots are being treated with the same racial biases as humans by replicating the well-established shooter bias study by Correll et al. with robots. I will now present new insights into the study of racism within the framework on the shooter bias methodology. Furthermore, I will elaborate on the process of conducting research on racism in the human-robot interaction community. 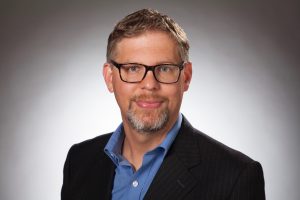 Dr. Christoph Bartneck is an associate professor and director of postgraduate studies at the HIT Lab NZ of the University of Canterbury. He has a background in Industrial Design and Human-Computer Interaction, and his projects and studies have been published in leading journals, newspapers, and conferences. His interests lie in the fields of Human-Computer Interaction, Science and Technology Studies, and Visual Design. More specifically, he focuses on the effect of anthropomorphism on human-robot interaction. As a secondary research interest he works on bibliometric analyses, agent based social simulations, and the critical review on scientific processes and policies. In the field of Design Christoph investigates the history of product design, tessellations and photography. He has worked for several international organizations including the Technology Centre of Hannover (Germany), LEGO (Denmark), Eagle River Interactive (USA), Philips Research (Netherlands), ATR (Japan), and The Eindhoven University of Technology (Netherlands). Christoph is an associate editor of the International Journal of Social Robotics, the International Journal of Human Computer Studies and Entertainment Computing Journal. Christoph is a member of the New Zealand Institute for Language Brain & Behavior, ACM SIGCHI, The New Zealand Association Of Scientists and Academic Freedom Aotearoa. The press regularly reports on his work, including the New Scientist, Scientific American, Popular Science, Wired, New York Times, The Times, BBC, Huffington Post, Washington Post, The Guardian, and The Economist.