Since the ancient times people perceive human shapes in non-human objects and depict Gods in their resemblance. Therefore, it should not be surprising that the advancements in technology lead to the development of products that are becoming increasingly similar to us in their form and behavior. It is especially evident in the field of Social Robotics dominated by humanoids and a growing number of androids. The development of these robots is believed to facilitate Human-Robot Interaction since humans are used to interact with other humans. Furthermore, it helps us to understand better our own nature and what does it mean to be a human. However, understanding the consequences of anthropomorphism and the process itself received less attention. Currently, anthropomorphism is used to describe humanlike appearance of robots as well as attribution of mind to them. However, without understanding the psychological process of attributing humanlike properties or characteristics to non-human agents, it may be impossible to form theories that can accommodate often contradictory results of studies. In particular, it may be helpful to differentiate between objective properties of robots and the subjective perception of them by the users, and consider a possibility that anthropomorphism may be an outcome of more than a single process. This in turn can lead to unique consequences in human-robot interactions. 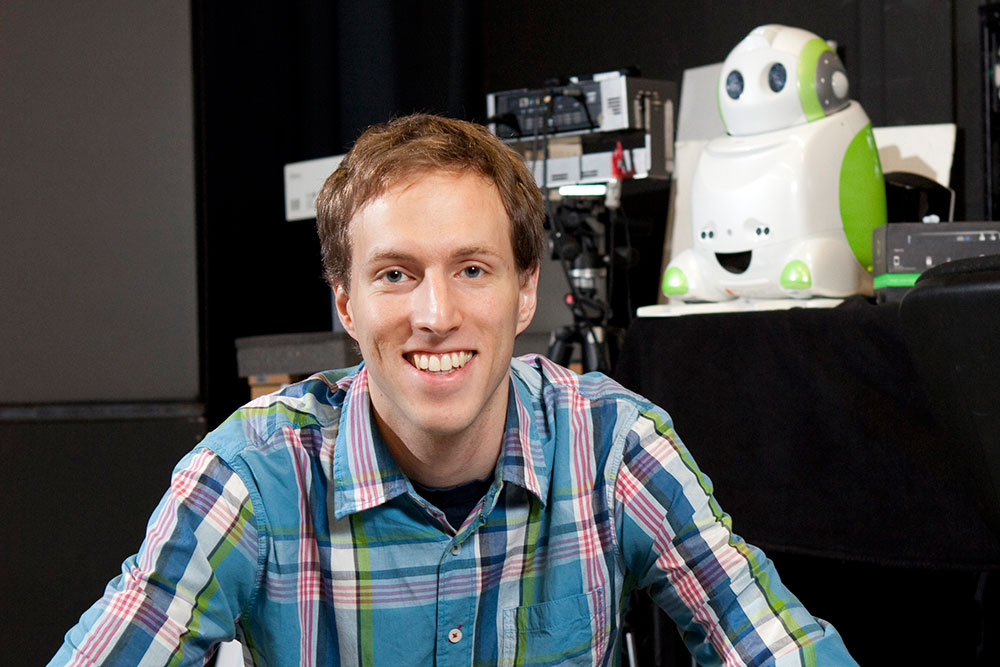 Jakub Złotowski is a postdoctoral fellow at the Cluster of Excellence Cognitive Interaction Technology (CITEC), Bielefeld University and a visiting fellow at the School of Electrical Engineering and Computer Science, Queensland University of Technology. He received his PhD in Human-Robot Interaction at the University of Canterbury in 2015. His research focus is on anthropomorphism and social aspects of Human-Robot Interaction. He has also conducted research in the field of Android Science. His interdisciplinary research approach spans the areas of Human-Computer Interaction, Social Psychology, Cognitive Science and Machine Learning. He has worked at several international institutions including the University of Salzburg (Austria), ATR (Japan), Osaka University (Japan) and Abu Dhabi University (UAE).