In previous work (“Robots, rape, and representation”), drawing on virtue ethics, I have argued that we may demonstrate morally significant vices in our treatment of robots. Even if an agent’s “cruel” treatment of a robot has no implications for their future behaviour towards people or animals, I believe that it may reveal something about their character, which in turn gives us reason to criticise their actions. Viciousness towards robots is real viciousness. However, I don’t have the same intuition about virtuous behaviour. That is to say, I see no reason to think that “kind” treatment of a robot reflects well on an agent’s character nor do I have any inclination to praise it. At first sight at least this is puzzling: if we should morally evaluate some of our relationships with robots why not all of them? In this presentation, I will argue that these conflicting intuitions may be reconciled by drawing on further intuitions about the nature of virtue and vice and the moral significance of self-deception. Neglecting the moral reality of the targets of our actions is little barrier to vice and may sometimes be characteristic of it. However, virtue requires an exercise of practical wisdom that may be vitiated by failure to attend to the distinction between representation and reality. Thus, while enjoying representations of unethical behaviour is unethical, acting out fantasies of good behaviour with robots is, I believe, at best morally neutral and, in certain circumstances, may even be morally problematic. 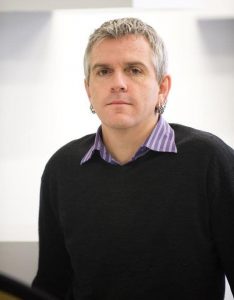 Rob Sparrow is a Professor in the Philosophy Program, a Chief Investigator in the Australian Research Council Centre of Excellence for Electromaterials Science, and an adjunct Professor in the Monash Bioethics Centre, at Monash University, where he works on ethical issues raised by new technologies. He has been an ARC Future Fellow, a Japanese Society for the Promotion of Science Visiting Fellow at Kyoto University, a Visiting Fellow in the CUHK Centre for Bioethics, in the Faculty of Medicine, at the Chinese University of Hong Kong, and a Visiting Fellow at the Centre for Biomedical Ethics, in the Yong Loo Lin School of Medicine, at the National University of Singapore. He has published widely, in both academic journals and the popular press, on the ethics of military robotics, social robotics, videogames, and AI. He is a co-chair of the IEEE Technical Committee on Robot Ethics and was one of the founding members of the International Committee for Robot Arms Control.