My research draws on perspectives from communication theory and the philosophy of technology to suggest that perceptions of the agency of robots are enmeshed with their situatedness in the world, dynamic responses to the environment and, in particular, the ways in which they interact with people. Analysing specific instances of human-robot interaction, whether these occur in the context of creative art, in homes, on roads or at work, suggests that it may be helpful to recognise robots as having an agency that emerges during human-robot collaborations. When interacting closely together, humans and robots might be understood to be in a cyborg relation, but a more flexible approach is to consider them as human-robot assemblages, which are temporary and whose components can change as required. The operation of human-robot assemblages relies on a process of what could be called tempered anthropomorphism, which supports meaningful communication between human and robot while also ensuring people are continually reminded that the robot is a machine. This analysis suggest it is human-robot assemblages, as opposed to just robots, that need to be virtuous (not to mention the systems and institutions that surround them) to work towards a technological future that encompasses “the good life”. 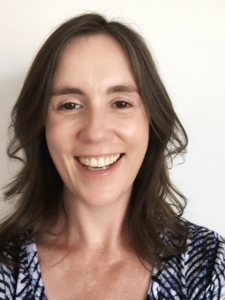 Eleanor Sandry is a lecturer and researcher in Internet Studies at Curtin University and previously a Fellow of the Curtin Centre for Culture and Technology. Her research is focused on developing an ethical and pragmatic recognition of, and respect for, otherness and difference in communication, drawing on examples from science and technology, science fiction and the creative arts. She is particularly interested in exploring the communicative and collaborative possibilities of human interactions with robots. Her book, Robots and Communication, was published in 2015 by Palgrave Macmillan.