We do both here: post WWII immigrants and the earlier contacts. In terms of the earlier contacts the Dutch have a special place and role in Australia. We think it important to inform and educate our visitors about that. The enterprising seafarers in the service of the VOC had much of the Australian coast mapped by 1644. The post-WWII migrants were a different kind of entrepreneurs. Why did they come? How did they travel? How did they experience Australia? What did they do here? How many went back and why? We did research about that; received about 400 responses to 2000 surveys questionnaires. A CD with the results is being prepared.

People who visit here are not only Dutch immigrants; there is a growing number of second and third generation Dutch, immigrants from other countries and non-immigrants who take an interest. Some of these are Dutch expats who are quite a separate category as they spend only a few years here. DACC is a small heritage venue, but it was the only option we had after being asked to vacate a dedicated venue at Abel Tasman Village. The management of ATV, essentially a retirement village in Chester Hill, claimed they needed the DACC Annex there for dementia patients. However, visitors here (in Holland House) are invariably pleasantly surprised by what they see and what they hear. Although small this is not a virtual hub. It is real and tangible, it touches especially immigrants. As one who has lived in several places in the Netherlands, and has been back many times, I have kept in touch with the old country. This IS important to visitors.  When it comes to history of the Dutch I am familiar with the travels and exploits of the Dutch in the 17th century and have a great interests in the old VOC maps. We have around 20 of them, framed, but little space to show them. There is a lot to talk about with these maps, but one has to be selective. Sure, these are only good reproductions but at least we can show them here. The original maps are mainly in two museums in Australia, Canberra and Sydney. Very few people actually see them there. In 2013/14 there was an exceptional map exhibition in Canberra in the National Library, which was very well attended but such exhibitions are very rare occurrences. Certainly the maps can be seen on the Internet, and some can actually be bought as tiff files, but how many would take the trouble to check them out? 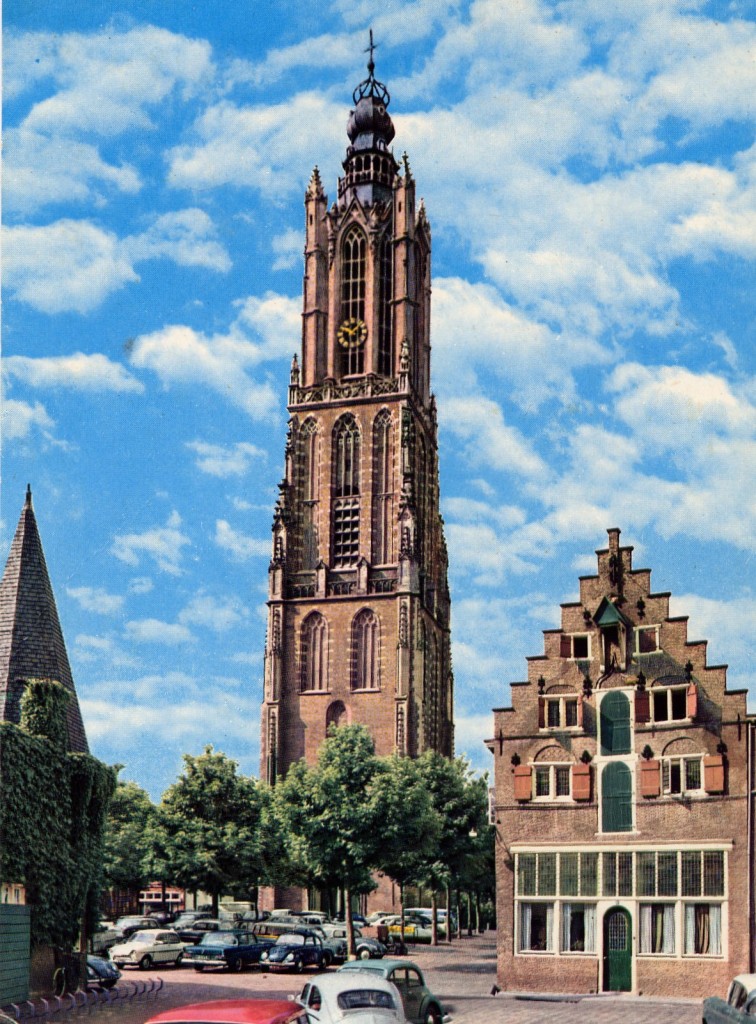 Items on display that bring back memories

So, to see these various items on display, together, in one especially dedicated Centre, with someone to talk about them, is an attraction.  Pictures of the Liberation in 1945, books about WWII, new books written by migrants about their experiences, posters of old masters as well as of people like Karel Appel, reproductions of Rembrandt and Vermeer, posters of the KLM, menus used at migrant ships, displays of St. Nicholas and Piet, Leiden’s ontzet, lots of second hand books to give away, books about most Dutch cities, an example of a suitcase that migrants came with on their often blind dates with Australia, and also, more recently, clipping of newspaper articles of what is happening in the Netherlands today. A reproduction of a painting of Abel Tasman with his family of 1639 is a starting point for a talk in itself. Replicas of the pewter plates left by Dirk Hartog and Willem de Vlamingh at Hartog Island WA, the Maquette of Amsterdam, an immediate item of interest, costumes of Indonesian regions and lots of free hand-outs are all part of the 15 minute or so experience visitors enjoy. Weekly we see between 15 and 30.

The Maquette of a small section of Amsterdam

This magnificent Maquette was made by the retired carpenter Bram van Twist. The houses are all authentic canal houses. It provides discussion material about the history of Amsterdam and the Netherlands. How old is Amsterdam, how were the canal houses built, why are they so narrow? What about the Golden Age when the first ones were built (on poles of Scandinavian pine wood), the concentric canals? What about the city’s role in launching the VOC and the subsequent riches of the spice trade – and the mapping of Australia; the liberal spirit that brought forth the rejection of absolute Catholicism and the 80 year war against Spain, the Protestant revolution, the Republic, etc., a rich source for educational ends. And what about today’s house boats, the traffic, the trams, the bicycles in the city?

Literature produced by migrants of their experiences

We have started this a few years back. The income from them is modest but we believe that a Dutch Heritage Centre should of course have these books on sale if authors are interested. There are about 15 to 20. Some of are very good, well written and highly original; the quality varies but these are mostly authentic stories about migrants’ experiences. That is their real strength.

I won’t say much about that other than it is growing and, already for some years, we do not collect books in the language Dutch anymore unless very valuable historically. Few people come here now to read book or magazines in Dutch. The second generation is not interested, the third generation cannot

read Dutch. Many people come to us with old books and we display some of them on a table to be taken for a donation. Lia van Haren, our part time voluntary archivist, will explain holdings and other collection matters.

DVDs on TV while we are here

We have a series of excellent DVDs, which we play when we are here on the TV outside the door. The DVDs illustrate many aspects of the Netherlands, both early history (e.g. stories about the Batavia), restoration of windmills, battle of the Java Sea, the Dutch Coast (from SBS), the history of the Blue Trams, European Railways, the Keukenhof, etc. Some visitors stop for it, want to buy them at times; others are just drawn to the door next to it.

Items that we hand out to visitors

We generally have a few hand-outs for visitors to remember us by and spread the word: The DACC orange brochure (history, functions, voluntary effort), recent newsletters, list of migrant books available, free brochures of the Duyfken and e.g. Broome (from Embassy), Tweed Heads Windmill Project, membership forms, other small booklets, left over from exhibitions, etc.

The Dutch and the Indonesian experience.

Approx. 9% – 10% of Dutch migrants originates from the former Dutch East Indies. Some came here directly after WWII, others via the Netherlands, somewhat later.  There are significant differences in background, education, behavior and expectations compared to the main group of migrants from the Netherlands (1950 – 1970). There have been discussions at the DACC about the colonial Indonesian experience and how much this is part of the Dutch Heritage. Most accept that the Indonesian experience is definitely part of Dutch Heritage, both in terms of the several VOC contacts and mapping exercises as well as the influx of migrants from the Dutch East Indies. It is also part of the Australian continent’s history of course. The map on the floor of the Mitchell Library’s lobby confirms that very much! There was also another exhibition last year in Canberra exclusively of photographs of the Indies 1850 – 1940. Following that we came to the conclusion that purchasing and collecting such (sepia) photos is well within our area of collecting. The problem here is that the DACC has little money to purchase anything new. It mainly has to come from memberships, donations and small grants. Regrettably, the Dutch Australian community has been slow to appreciate the value of the Centre. Nevertheless DACC visitors are highly appreciative as can be seen from the many congratulatory entries in the Visitors’ Book.

How sustainable are “Ethnic Heritage Centres?”

There are several examples in Sydney of successful ethnic clubs and heritage centres, having maintained themselves through generations of involvement. The Estonian, Armenian, Italian, Greek, French, and German and Russian clubs/centres are some examples.  It seems to depend largely on the amount of voluntary effort and preparedness to finance buildings and maintenance. Size of the group doesn’t seem to matter. Digitisation of collections is of course very important to assist maintenance of an effective presence and also to generate support. I don’t think that digitisation of collections should replace the existence of real venues. Where financial problems become a major burden migration museums may well be the answer but NSW does not have one. Premier Bob Carr, was opposed to it but Premier Kristina Keneally was a strong supporter. However, she was voted out of office before a start could be made. There is also the argument that at least part of these functions in NSW are performed by the Maritime and Power Museums. Our website assists greatly in promoting the sustainability of the DACC. I have written several articles about the DACC in e.g. Holland Focus, also on Linkedin.  We have often drawn attention to our need for larger premises, in many places.